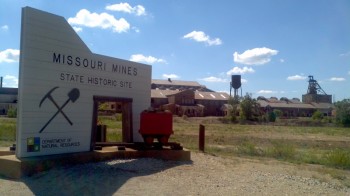 A part of southeast Missouri’s Mineral Area, the communities of Park Hills and Leadington are distinguished by a mix of small-town country living and world-class advantages. Together, more than 9,000 residents have found a place to call home in this charming Midwest area, taking advantage of its high quality of life. That number continues to increase as the two cities, and the entirety of St. Francois County, experience growth each year.

While the cities of Park Hills and Leadington share a variety of resources, such as a strong mining legacy (The Missouri Mines State Historic Site, pictured left, is located right here in our community), award-winning education, a library, utilities and recreation, they are two very distinct communities. Each town is proud of their own separate and unique features, while at the same time working together for a better future.

The discovery of high-grade ore deposits as far back as the early 1700s served as a boon to the development of this region. The “lead rush” attracted many people to the area, and new settlements began springing up around the newly built shafts.

In 1821, Flat River was established, experiencing gradual growth in its early years and a boom in population with the flourishing lead industry. Right next door, the Federal Lead Company and its employees began building homes, resulting in the development of Leadington in the early 1900s.

Both communities continued to grow alongside the lead industry, with Flat River gaining municipal incorporation in April of 1934 and Leadington in August of 1959. The communities of the Lead Belt were hit hard with the closing of the area’s lead mine in 1974; unemployment rates were among the highest in the state. These hard times led to the transformation of the area’s economy, as a shift in economic focus drew larger chain stores and new companies.

In 1991, the cities of Flat River, Rivermines, Elvins and Esther began discussing the possibility of consolidation as a way to make the area more economically lucrative. Within a couple of years, consolidation was approved by a landslide and the new “City of Park Hills” was born.

Today, both Park Hills and Leadington have continued to develop, while still retaining their small-town charm and hometown values.

The City of Park Hills